To whom it may concern,

I would like to thank you and Jeff for introducing me to the BEMER. It has been a real life saver.

I was 74 when I was diagnosed with late term colon cancer in October, 2012. Subsequently, I received a strict regimen of chemotherapy the results of which made me very lethargic and constantly in pain in spite of prescribed pain medication. I spent most of the time curled up on the couch during the day with no desire to do anything (just leave me alone and let me lye here).

I was introduced to Julie, Jeff and the BEMER in May, 2013. I was apprehensive at first and did not believe the BEMER could help my condition. However, nothing ventured, nothing gained so I decided to give it a try. Soon after receiving twice daily sessions with Julie, I began to feel better. Soon my energy level increased and I found myself more active with a desire to do things I had previously no interest in doing. My attitude became much more positive and I looked forward to my daily BEMER regimen anticipating a productive (pain free) enjoyable day.

Additionally, while engaged in the BEMER sessions, I told Julie of an old elbow injury which caused pain and restricted the use of my right arm. We decided to treat the injured elbow with the BEMER and (to my surprise) the pain went away and I regained the flexibility I had lost.

I then told Julie of an old hemorrhage in my left eye resulting in blocked vision. We decided to use the BEMER to perform short bursts (2 minutes) at level one, twice daily also. Slowly, the blockage is reducing and the vision restored to me eye. I previously had consulted two different doctors and was advised that nothing could be done to restore my vision.

I am truly grateful to Julie and amazed at the versatility and performance of the BEMER. I recommend to anyone (regardless of condition) to try the BEMER and realize the amazing results I have experienced.

Thank You Jeff and Julie! 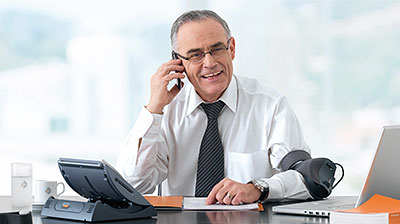 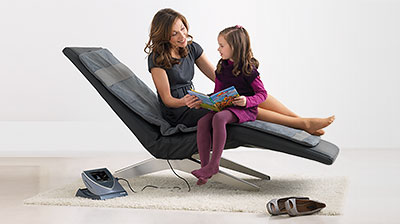 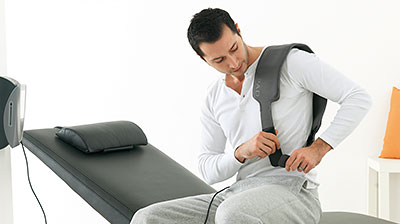